There is a country in South America. She has the highest altitude capital in the world and is rich in oil and gas reserves. However, the development of road construction and slope treatment in this country is slow due to the topography and climate.

Due to the perennial rain in some areas, the hillside by the highway has relatively loose soil, often gravel rolling, endangering the safety of pedestrians. Kelleg’s refined rolled thread bar system is designed to solve the problem of loose soil on road slopes. It has been successfully applied in South American countries and has built a beautiful friendship between two countries.

First, Kelleg surveyed the soil in the area. Because the area is close to the ocean, there is a large amount of salt in the soil, and Ionization is very active. Therefore, after fully considering the environmental factors, a grade I anticorrosion scheme was proposed to insulate the erosion of the ions.

Then, considering the loose soil layer in the area, it must be prestressed quickly to protect the overall strength of the borehole and the surrounding soil. As Kelleg’s refined rolled thread bar system has high tensile strength, it is used as the main reinforcement to bear the tensile force. 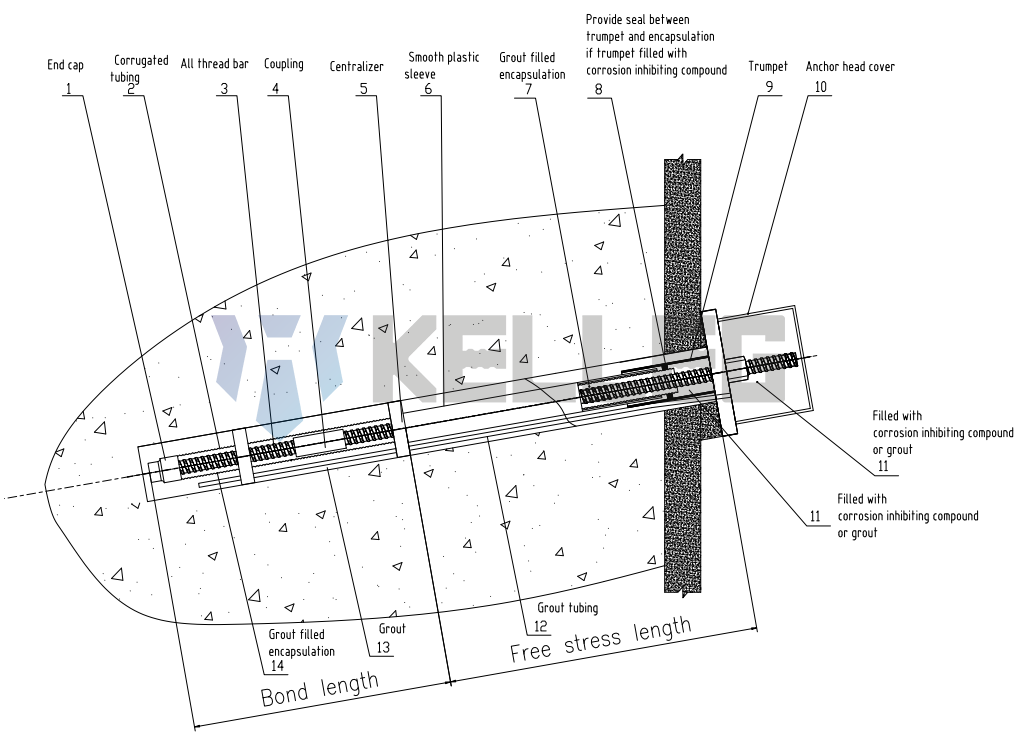 Finally, according to the formulated plan, the construction consisted of 6 steps:

Put a smooth plastic pipe on the un-grouted bolt part, then put the whole bolt into the borehole.

Grouting into the hole, till reaching the specified depth. An anchor section was formed after the grout solidification.
Tension refined rolled thread bar to reach the specified pulling force, and maintain force for 30 seconds, and the tension is completed.

Installing the flat plate and lock the hex nut to firmly lock the pulling force of the entire system in the soil layer.

Repeating the above steps to complete the entire slope support.

Kelleg’s refined rolled thread bar system has been successfully applied in South American countries, has solved the problem of loose soil slope supporting and provided experience for slope support, which is worthy of promotion and reference.